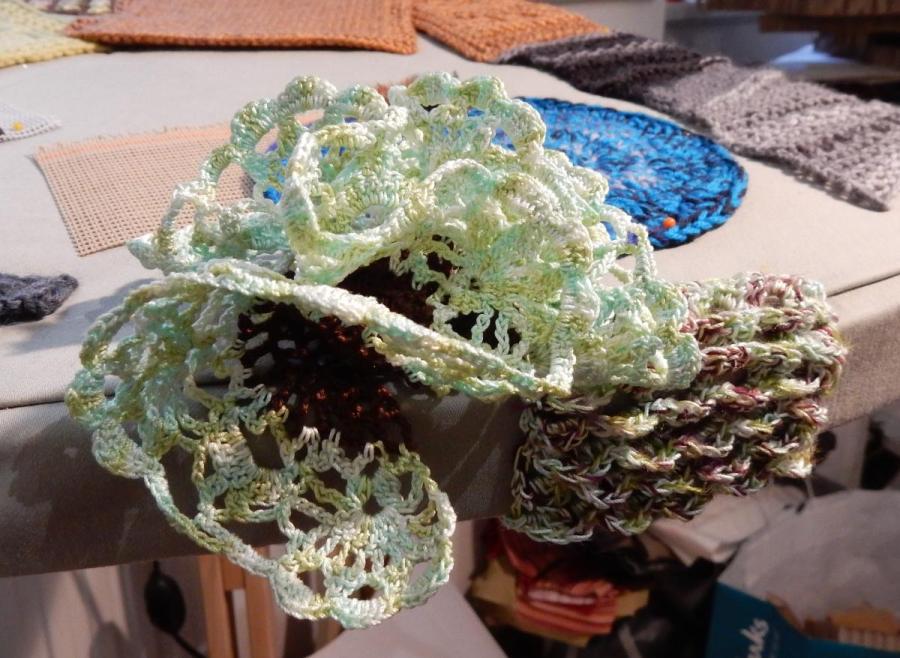 I’ve got a collection of books reprinting fairly traditional crochet lace patterns, intended mostly for crocheting around handkerchiefs. Wouldn’t those make great edgings for hyperbolic shrubbery as well? Showing off all the different things we can do with our crafts is part of the point of this project, after all.

Here’s the finished piece, together with the pattern it came from: 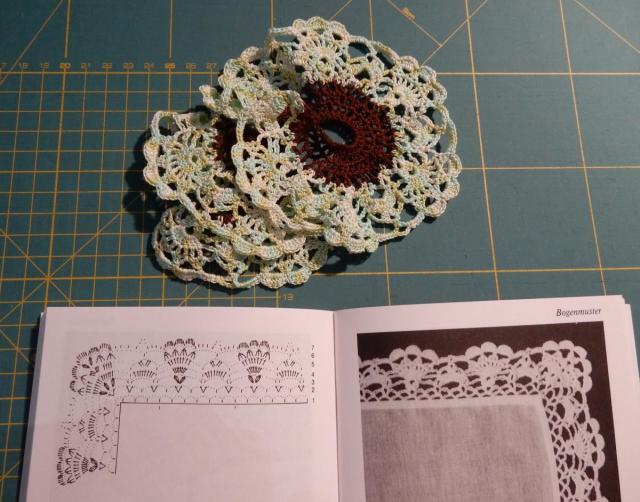 And here’s a close up of the crochet edging: 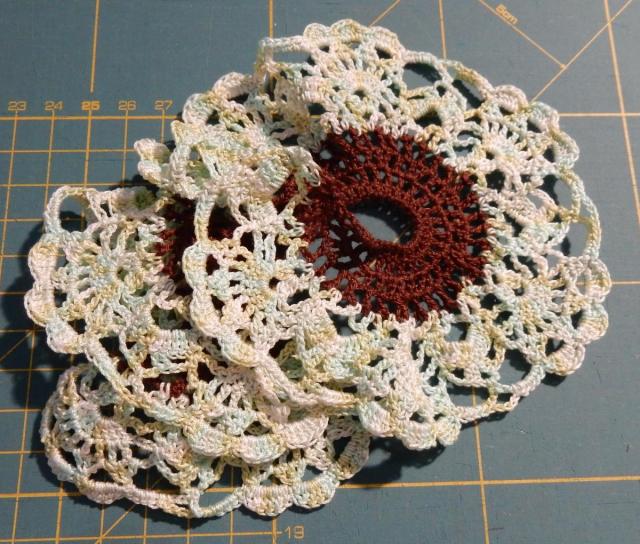 The edge itself is mostly straight, so I did fairly strong increases in the brown setup rows. The last brown row is the first row of the pattern, but I only made two chain stitches instead of the original five between stitches, so there is effectively some increasing in the second pattern row compared to that.

Here’s the finished piece installed at an edge of the platform: 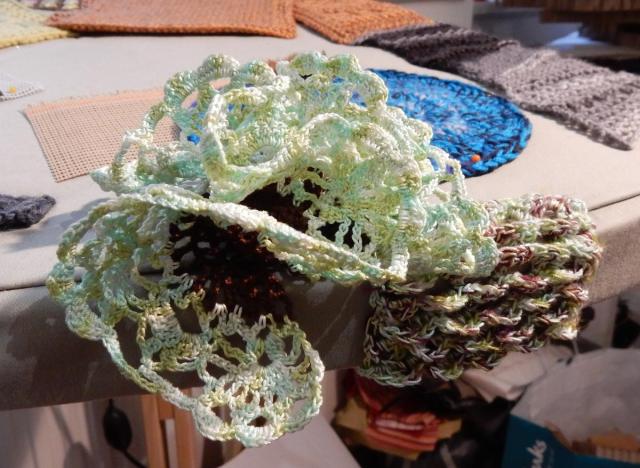 The brown is fairly floppy, being worked in treble crochet stitches instead of the double crochet of the other versions, and being crochet thread instead of thicker wool as well, but I do like the lighter appearance this has.

2 thoughts on “A lacy hyperbolic bush”